A major nationwide survey was conducted by the American College Health Association, USA, to ascertain the top impediments to academic performance. The survey was totally anonymous and the self-reported data of 23863 students was analyzed to identify the major impediments. An interrelationship between the impediments was also carried out, which revealed a correlation between internet use/games, sleeping difficulties and cod/flu/sore throat. 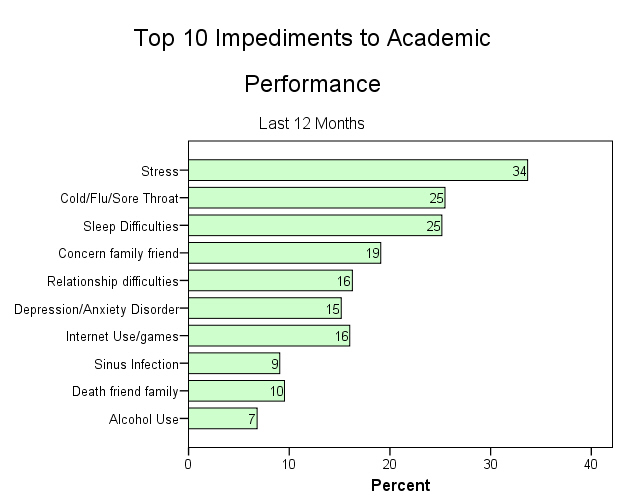 *Based on source data from American College Health Association, USA